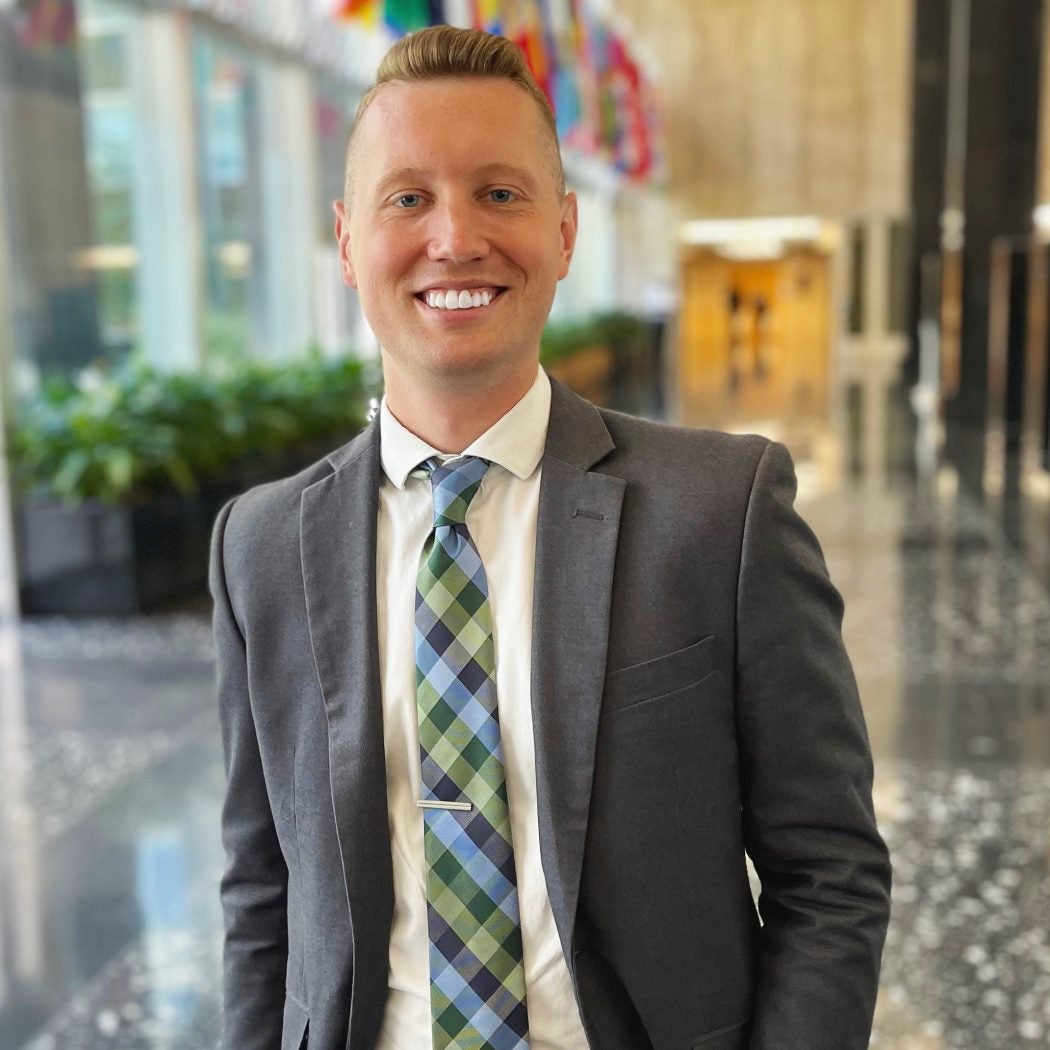 Jake Patrick Collins is a second-year M.A. candidate in the Latin American Studies program at Georgetown University's Walsh School of Foreign Service where he is specializing in the United States' strategic competition with China in the Caribbean.

Currently, Jake Patrick is pursuing his Georgetown training in a part-time capacity while serving as a Caribbean Program Advisor (INL/WHP) in the International Narcotics and Law Enforcement Affairs Bureau at the U.S. Department of State. In this role, he oversees the United States’ aid to the Eastern Caribbean, Guyana, and Suriname through the Caribbean Basin Security Initiative - in addition to standing up the Bureau’s strategy and programming to assess and counter China’s growing footprint and regional engagement on law enforcement issues in the Caribbean.

Born and raised in greater Minnesota, he is a 2016 graduate of Saint John's University (MN) where he majored in Political Science and minored in Hispanic Studies. During his undergraduate experience, he was a member of the men’s soccer team, studied abroad in Segovia, Spain, and spent time living and performing service in Mexico, the Dominican Republic, and Guatemala.

For the last 7 years, he has lived and worked in Washington, D.C. and the Caribbean leveraging his strong experience supporting high-level strategic thinkers in the private sector, the White House, and the U.S. State Department to help advance critical national security operations and international programs in the Western Hemisphere.

Previously, he served at Deborah Brosnan & Associates, an international scientific environmental consulting company. With offices in Washington, D.C. and the Caribbean, he worked alongside the Company’s President to help advance smart solutions to environmental risks and climate change for the private sector and governments as they sought to boost resilience and sustainability, particularly with Caribbean SIDS.

Jake Patrick is a former Obama/Biden White House intern (OVP) and Obama Administration State Department intern (WHA/MEX).  He is an active member of the Young Professionals in Foreign Policy (YPFP) organization and is passionate about promoting LGBTQI+ diversity in national security and foreign affairs.